The Xbox 360 controller, originally designed for Microsoft's Xbox 360 home game console, was the second 3rd-party device to get official Steam Input support (simultaneous with the Xbox One controller and generic XInput devices). In contrast to the Playstation 4 Controller and Steam Controller, it lacks both touchpad and gyroscope. It was the flagship device for Microsoft's highly influential XInput control standard and has traditionally been the most widely-supported controller for PC gaming. 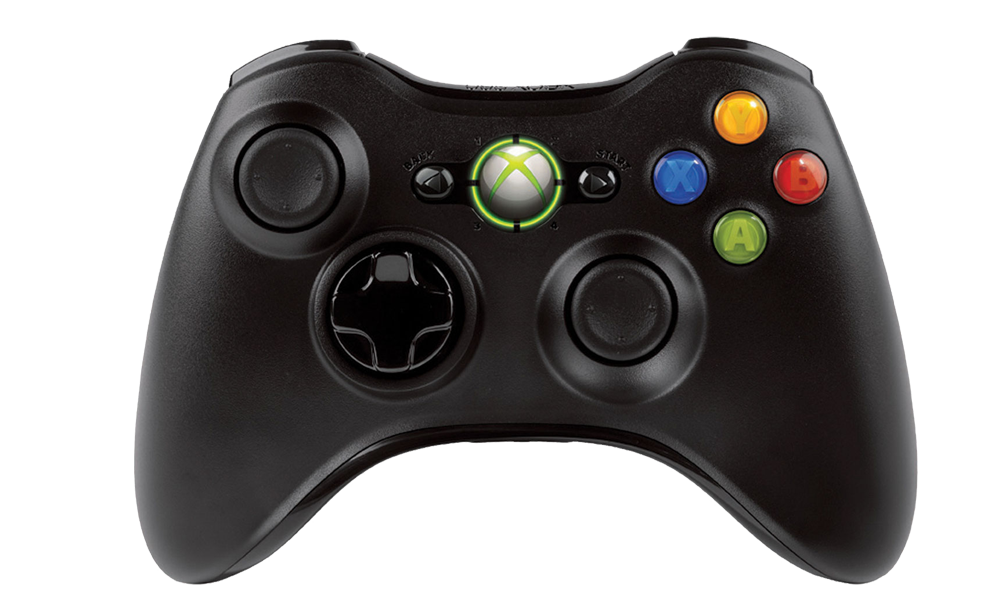 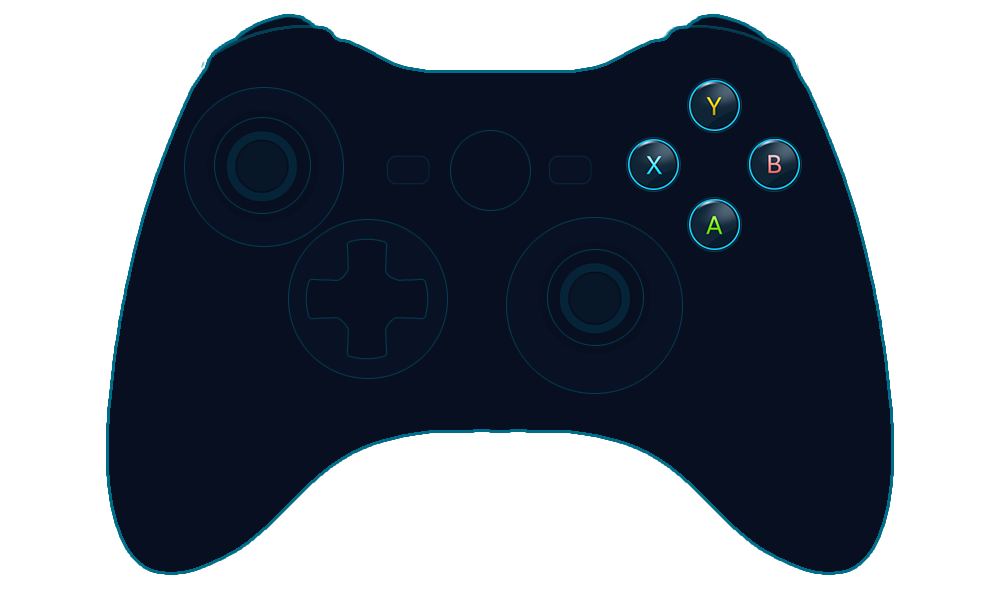 Analog, 2 axes (+ digital "click")
Like most other gamepads, the Xbox 360 Controller features two analog joysticks, on the left and right side, vertically offset. Like most modern joysticks, the sticks themselves can be clicked in as additional digital buttons. 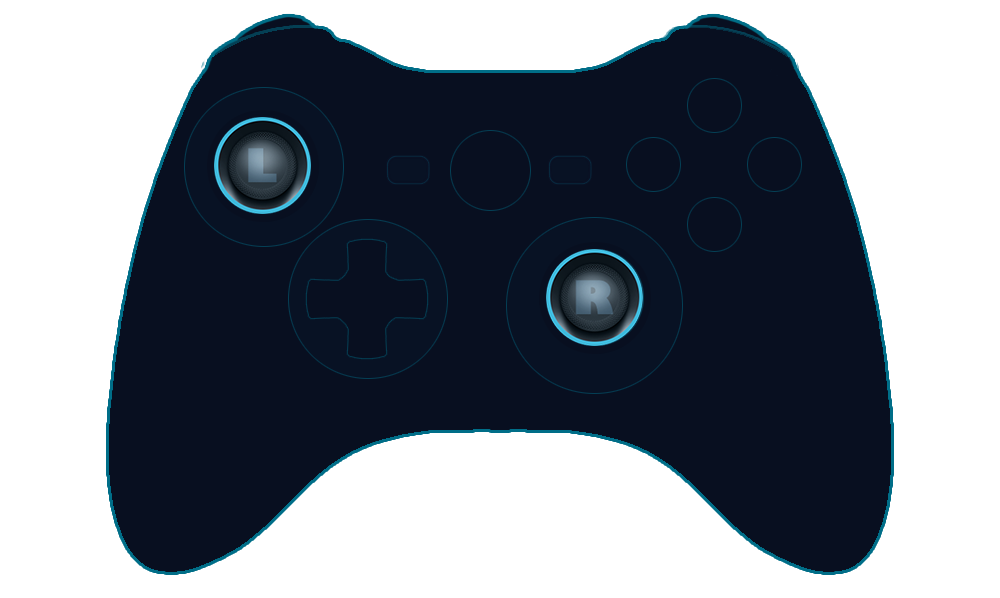 Digital
The BACK and START buttons are on either side of the Guide Button. 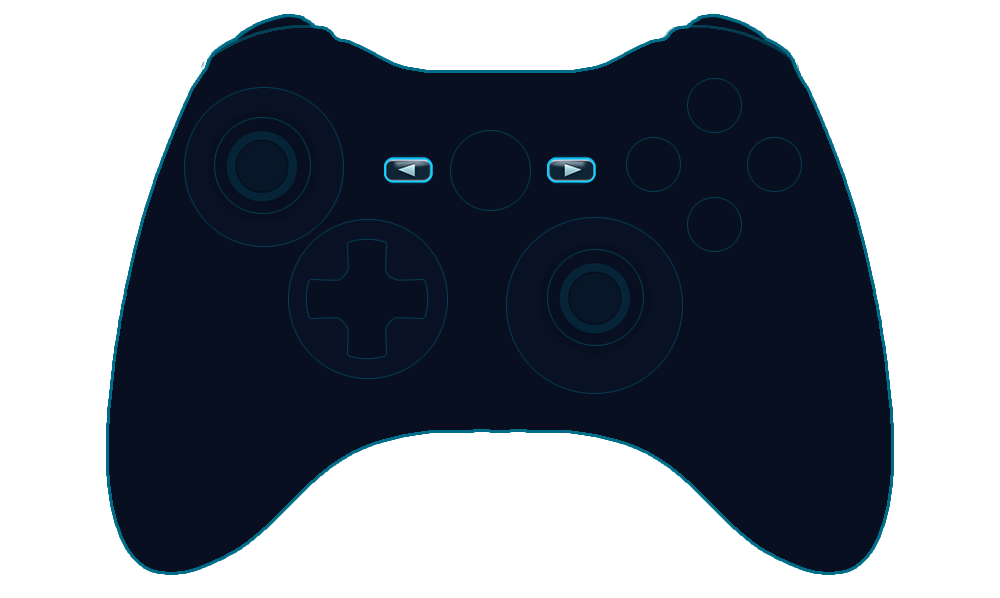 Analog, 1 axis (each)
Like the Playstation 4 Controller, and unlike the Steam Controller, the LT and RT analog triggers on the Xbox 360 Controller do not have a distinct digital "click" at the end of the normal analog range distinguishing a "full pull" from a "soft pull". From a hardware perspective they are purely analog input devices. However, the Steam Input Configurator is able to fix this; the player may set a threshold that distinguishes a "full pull" from a "soft pull." 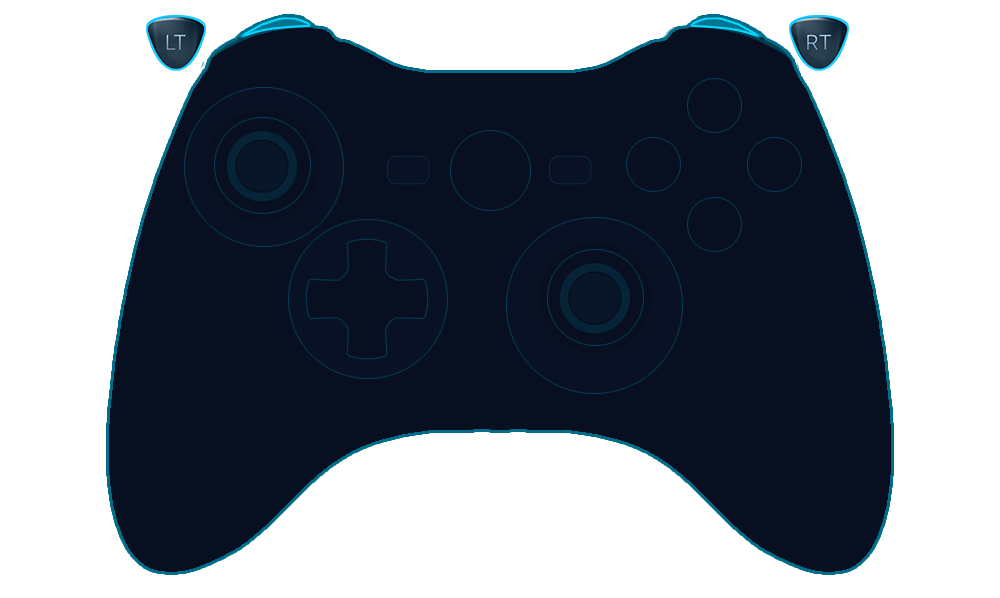 Digital
The Xbox 360 Controller features a fairly standard digital pad, or DPAD. Physically this counts as four separate digital buttons, but with a physical feature that makes it impossible to press both buttons on the same axis at the same time. 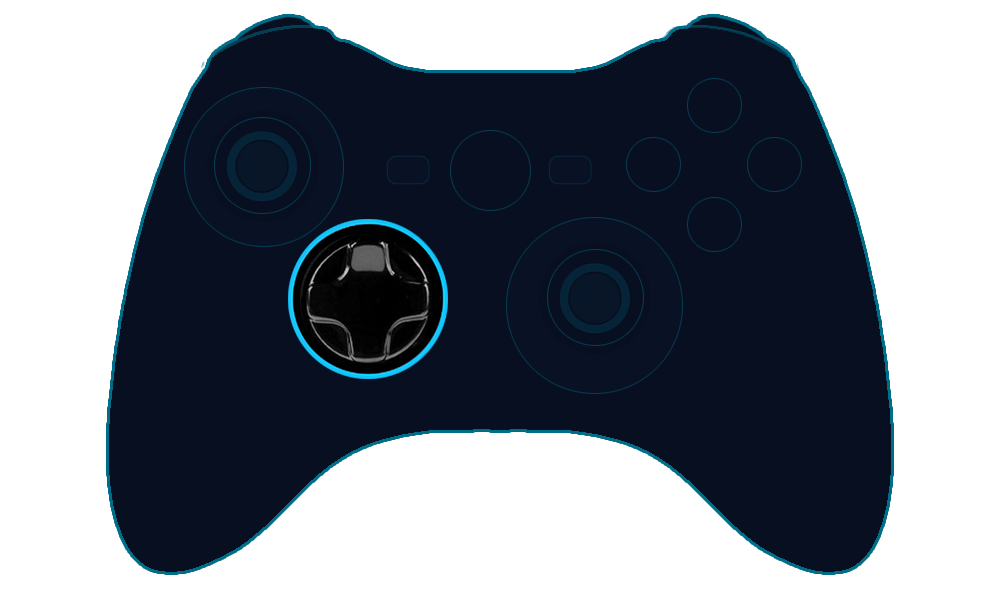