A portal to your event/announcement.

Alongside the cover image, Steam will always include your game's name and icon, so you do not need to include this information within the image. Instead, it is recommended that the image concisely represents your announcement, including any announcement specific graphics or branding. Example: to take a specific event like TI6, Valve would create a cover image focusing on "The International" rather than a generic use of "Dota 2".

When viewed inside the Steam Library:

The guts of your event/announcement.
Users will click through the cover image (described above) to read the Event Detail page.


There are two primary parts to the Event Detail page:

An event header image can be provided for each event or announcement that you post. This graphic is optional but increases the prominence of your major updates. If provided, the graphic should include images and logos/branding related to your update.

Users can interact with the event body section of your announcement. So, in addition to text and static images, feel free to include Steam Store widgets or YouTube videos. 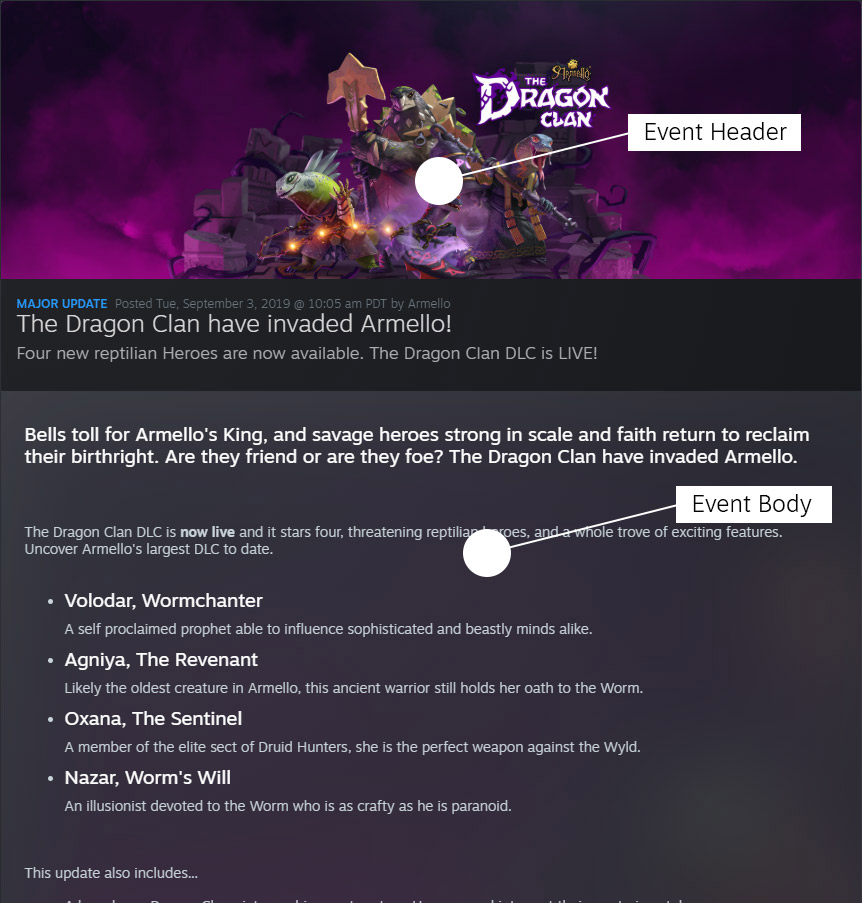 Your game details page in the Steam Library includes three image types to convey information about the state of your game. 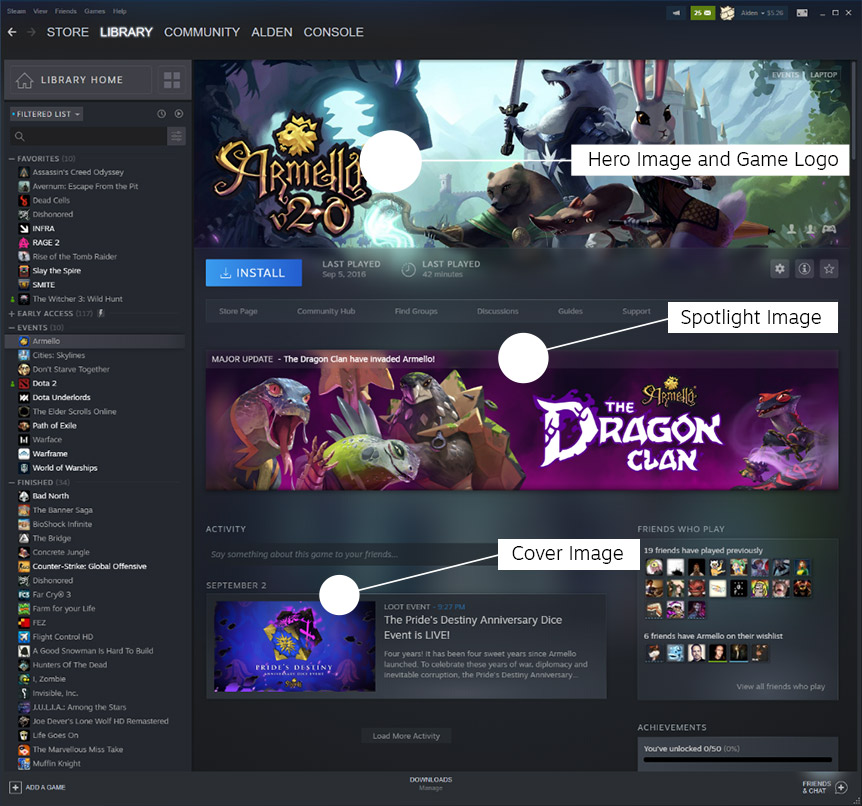 The hero image supplied for your game will act as the branding/header for your game details page and as a visual anchor representing where a user is within the Steam Client. Users will expect this image to be consistent, recognizable, and an accurate representation of your game's brand. Therefore it should not include any text or other messaging related to most events or announcements. In most cases, to alert the user to new information, you'll want to use the spotlight image described below.

In the rare case, you may want to change your hero image to reflect major changes in your game. Some scenarios for updating your library hero image are:

A spotlight image can optionally be included to prominently display your event or announcement to all of your users. The image will sit near the top and span the full width of the game details page. If a user clicks on your spotlight image, they will view the Event/Announcement Detail Page.

If there are multiple spotlights posted in a short period of time, Steam will always display the most recent spotlight, unless that recent spotlight is more than a month or two old (or if the end date for a timed event has passed). The spotlight will disappear for a particular player a day or two after they have viewed it in their library.

The spotlight image should focus on the content of your event and should include a call to action for the user. The call to action could be as simple as stating that your major update is available now or as detailed as letting the user know the exact times an event or broadcast are available.

The spotlight image can be presented in two ways. You can choose to provide an image that occupies the entire spotlight space (see the example above) or you can position your branding toward the left of the image and let the Steam Client place your event title and summary over the right side of your image (see the example below).

Your cover image is reused alongside the event Title and Summary when displaying previous events/announcements in the user's Activity Feed. 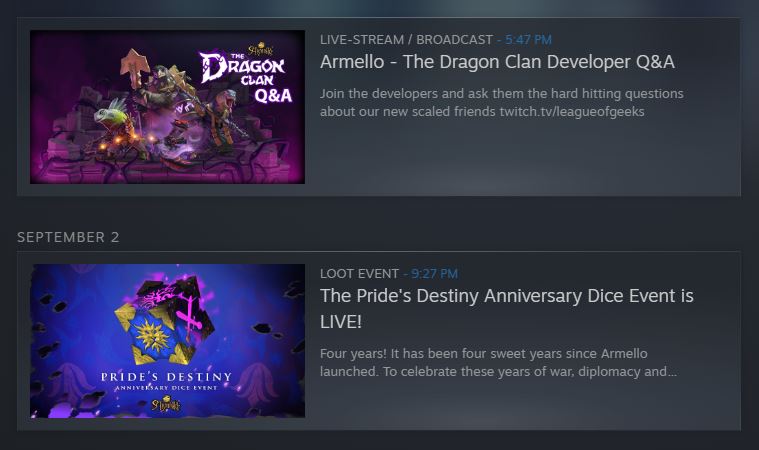