Steam VR
See all
Back
News & Updates
Steamworks Blog Steam Blog Steam VR Blog Steam Deck Blog
Back
Resources
Steam VR Steam PC Café Program Steamworks Discussions
Steamworks Documentation
Touch Menus
Steamworks Documentation > Features > Steam Input > Touch Menus
A touch menu is an on-screen overlay of game actions, displayed as a grid of choices selectable with a controller. These are very similar to Radial Menus, except that instead of aiming a virtual pointer to select an action, the player must touch a specific location on the input device.

You can use these to e.g. switch weapons in a first-person shooter, toggle hotkeys in a real-time-strategy game or MMO, or any other use you can think of. Touch menus can be configured in many different ways in both behavior and appearance, and can be adorned with custom labels and icons (provided by either Valve, the developer, or the player).

Here's an example of a touch menu in XCOM 2, binding the numeric hotkeys:

Touch menus are available in both native and legacy mode, but can only be driven by a trackpad.
To create a touch menu, select a trackpad in your game's configuration, and select "Touch Menu" as the input style. 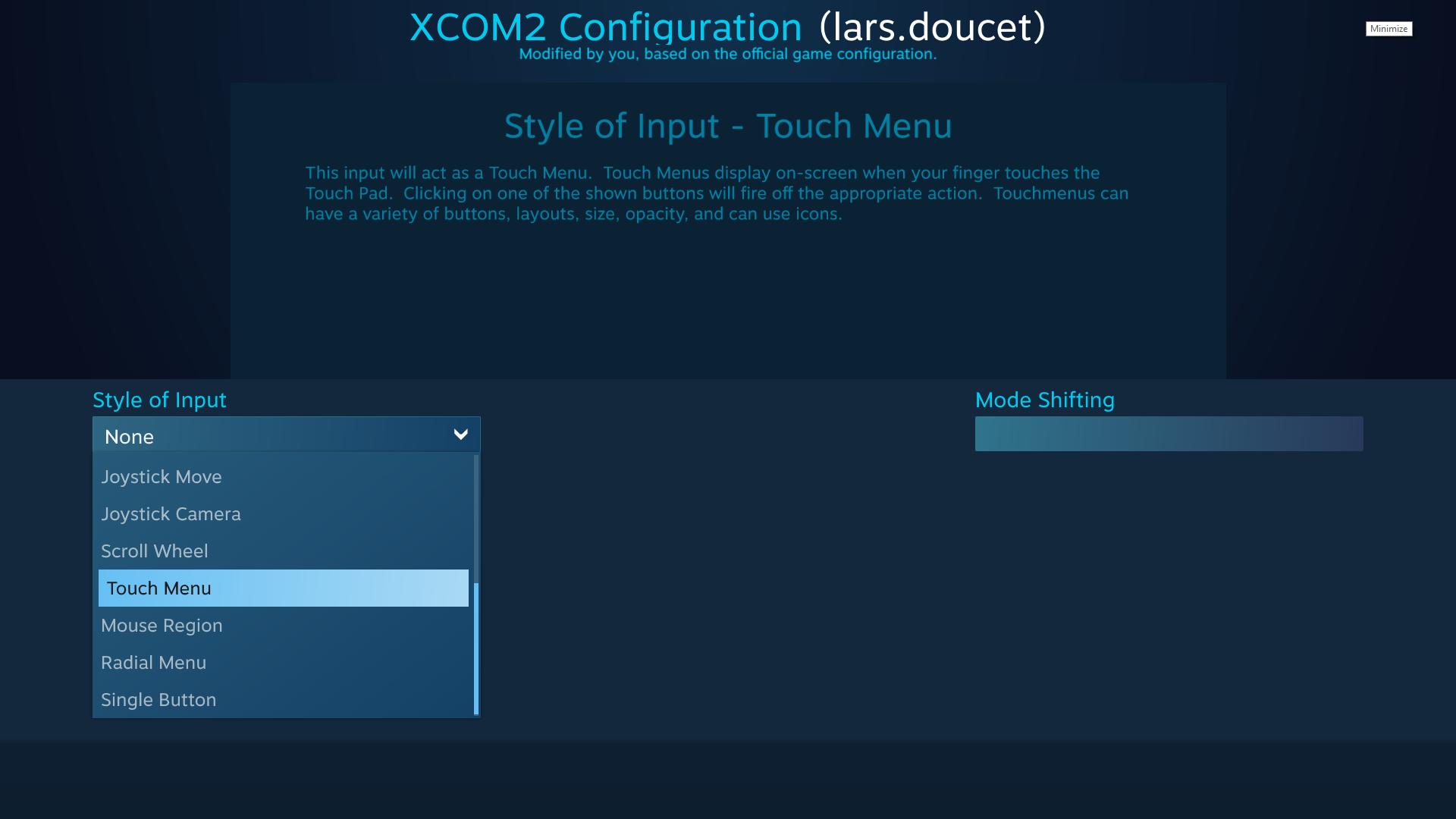 Here's what the touch menu configuration screen looks like: 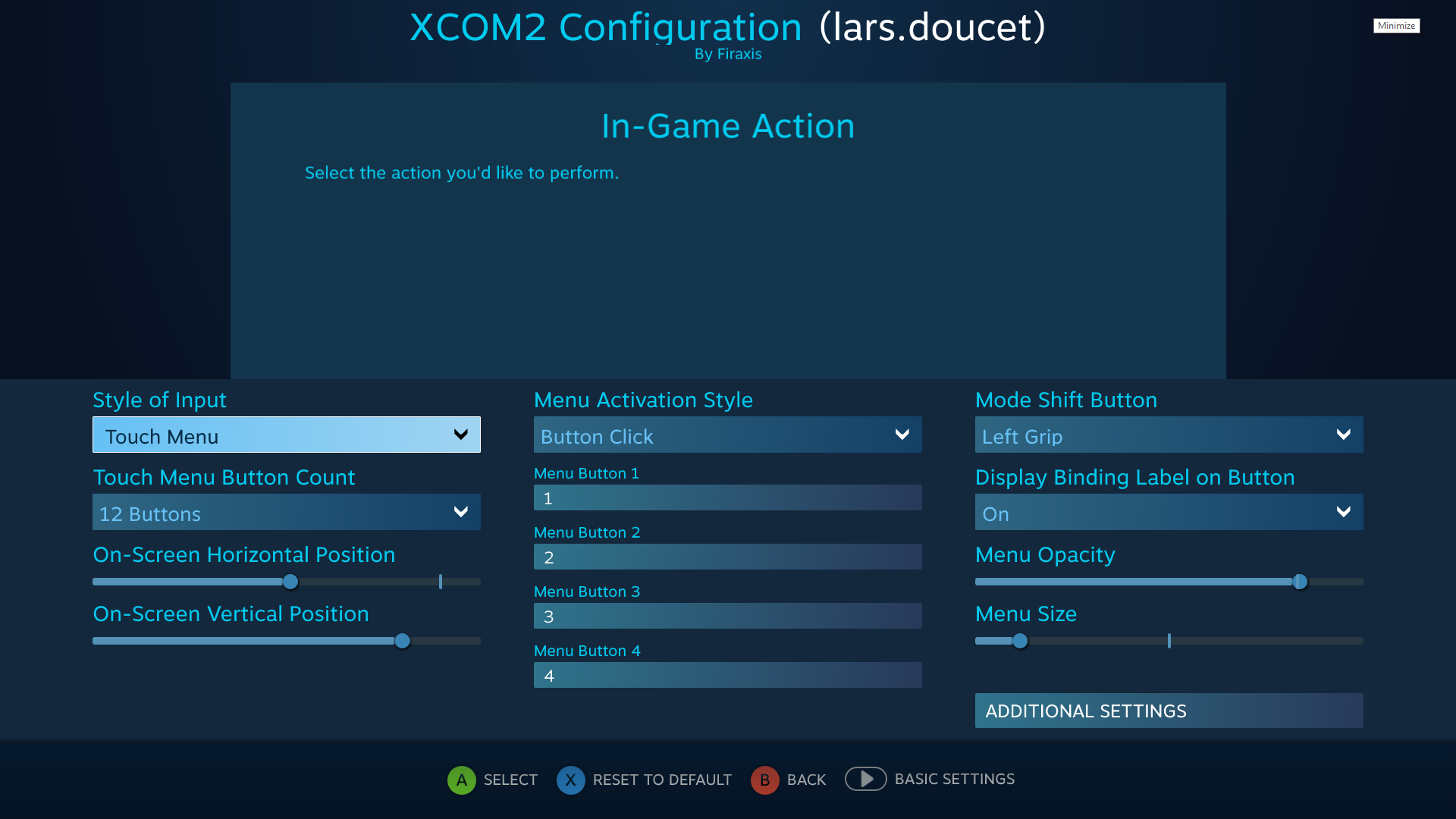 This works in the exact same way as it does for Radial Menus.

Each "Menu Button X" option can have an action (and/or legacy key binding) assigned to it. The basic configuration screen has four menu buttons, but you can assign up to sixteen (select "Additional Settings" for bindings for menu buttons 5-16).

You can assign icons to each touch menu button, either picking from Valve's default icons, or provide your own.

The method for doing this is identical to the one described in the Radial Menus document.