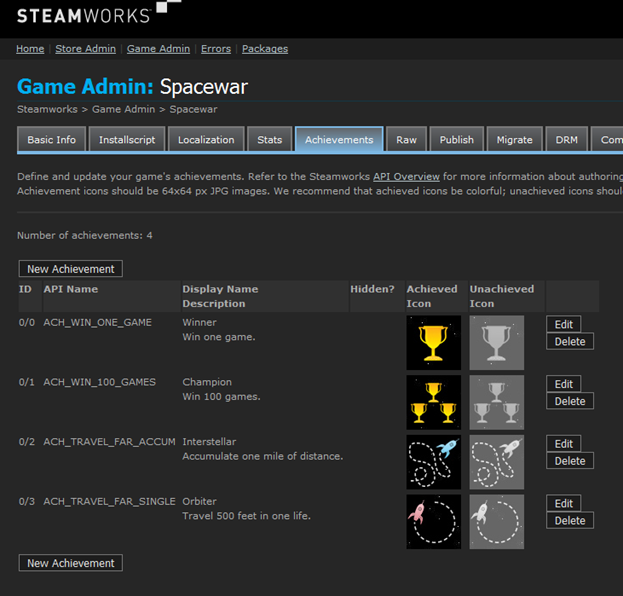 Parameters - None
Returns - a bool representing if the call succeeded or not. If the call failed then most likely Steam is not initialized. Make sure you have a steam client open when you try to make this call and that SteamAPI_Init has been called before it.
What it does - This method basically wraps a call to ISteamUserStats::RequestCurrentStats which is an asynchronous call to steam requesting the stats and achievements of the current user. This call needs to be made before you can set any stats or achievements. The initial call to this method is made in the constructor. You can call it again any time after that if you want to check on updated stats or achievements.
bool CSteamAchievements::RequestStats() { // Is Steam loaded? If not we can't get stats. if ( NULL == SteamUserStats() || NULL == SteamUser() ) { return false; } // Is the user logged on? If not we can't get stats. if ( !SteamUser()->BLoggedOn() ) { return false; } // Request user stats. return SteamUserStats()->RequestCurrentStats(); }